Sylvia Walby OBE is Director of the Violence and Society Centre and Professor of Sociology at City, University of London, since March 2019.  She is Chair of the REF Sociology Sub-Panel, Fellow of the Academy of Social Sciences, and holder of the Anneliese Maier Award from the Humboldt Foundation.  Her research on violence and society, including both theory and measurement, which mainstreams a gender analysis, is relevant to policy with a vision of a future of zero violence.   This contributes to rethinking the theory of society.

Sally McManus joined City, University of London in January 2020 as Senior Lecturer in Health. She specialises in quantitative research methods and the measurement of mental health and wellbeing. She is interested in population trends in health and health behaviours and the social determinants of mental health, including the role played by violence, abuse and socioeconomic adversity.

Elizabeth Cook is a Lecturer in Sociology in the Violence and Society Centre, City, University of London which she joined in January 2020. She researches in the areas of family, fatal violence, and voluntary sector responses to violence. Her previous ESRC-funded research explored the impact that bereaved families have upon responses to matters of crime, justice and punishment

Jessica's work focuses on how the law can prevent and alleviate violence and foster substantive and transformative equality. Her approach spans public international law, regional law, and domestic law, and combines traditional legal research methods and social science research methods. In addition to her work inside academia, Jessica has worked for such organisations as the United Nations and Human Rights Watch; contributed to the drafting and implementation of several international treaties and bilateral agreements; engaged in fact finding missions and the drafting of public reports; and advised governments and organisations on a range of legal and related issues.

Riikka Kotanen is a lecturer in sociology in the Violence and Society Centre at the City, University of London, which she joined in March 2020.  Riikka's multidisciplinary research interests are focused on the policy responses aimed at the regulation and control of gendered and generational violence in the private sphere and within families, and sexual violence.

Hannah Manzur joined City, University of London as a Ph.D. student with the Violence and Society Centre in October 2020. Her research interests cover gendered violence, feminist policy making, and the impact of Brexit on gender equality. Her doctoral research explores the relationship between Gender, Violence and Brexit, focusing on the impact of Brexit on rates of and responses to violence against women and girls in the UK.

Jessica Phoenix is Research Associate in the Violence and Society Centre at the City, University of London, which she joined in May 2019.   Her research areas include domestic violence, policing, missing persons, and trafficking in human beings.  A major focus of her work is the investigating and measuring the repetition of domestic violence and abuse, using both police data and the Crime Survey for England and Wales.

Merili Pullerits is a Post Graduate Researcher in the Violence and Society Centre at City, University of London, which she joined in July 2019. Her research areas of interest are domestic violence and coercion, and trafficking in human beings. A key aspect of her work involves using Crime Survey for England and Wales data to examine the relationship between physical violence and non-physical coercion in domestic relationships.

Catherine joined City as Manager of the Violence and Society Research Centre in April 2021. Catherine is the lead on the non-academic aspects of the development and running of the Centre. 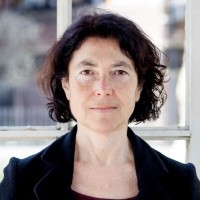