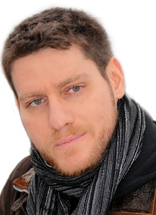 Jacques Chueke has a BA in Graphic Design (1998), Pg Dip. in Interface Usability (2002) and an MA in Design (2005) all undertook in PUC-Rio (Brazil). He started his professional career in Rio de Janeiro, Brazil where he had several roles beginning as art director at the virtual magazine Aqui!-Cadê? from 2000 to 2002. After that he was Digital Media Supervisor at Quality Software coordinating a design team in several projects for large companies from 2006 to 2008. In parallel to his professional career he taught at PUC-Rio (Pg Dip.) and Infnet Institute (graduate and postgraduate) from 2006 to 2009, covering modules in Information Architecture and Interface Usability. In 2007 he was appointed to teach the Digital Image module within the BA in Graphic Design, pausing activities in 2009 for his research in UK.

He joined the PhD research program at City University London in October of 2010, Centre for Human Computer Interaction Design, Faculty of Informatics, due to finish in Oct 2014. He is sponsored by CAPES (Ministry of Education, Brasília, Brazil) and his work is supervised by Dr George Buchanan and Stephanie Wilson. As soon as he joined the Centre for HCID was invited to participate in different projects run by the Interaction Lab e.g. Blackberry, BMI, Selfridges, StickyWorld and City University portal re-design, both as a participant and as an expert evaluator. He also worked as a teaching assistant in tutorials for HCID modules within the School of Informatics.

In his PhD he started by investigating new ways to interact with computers different from mouse and keyboard (e.g. eye tracking, multi-touch, voice command, gesture recognition). The research is focused on the design of touch-based interfaces: how users make sense of emerging visual metaphors for touch and multi-touch on smartphones and tablets; and how to make interfaces more evident and reactive. His methodology consists of undertaking studies with participants, which through an iterative process refines the design towards a more intuitive solution.It also introduces an evaluation system, which can help analyse problems in a user's identification of unfamiliar gestures.

20 min presentation about PhD research at the Doc Consortium of 2011 at the BCS (British Computing Society), entitled: Post-WIMP and Natural User Interfaces: Experimentation with Responsive Visual Feedback for New and Unlearned Interactions. London, 12.05.2011.

20 min presentation about PhD research at the HCI Design Dept at the Open Day 2011, entitled: Beyond Mouse & Keyboard: Post-WIMP and Novel Forms of Interaction. 19.04.2011.