The Gender and Sexualities Research Centre

Welcome to the Gender and Sexualities Research Centre

Based in the school of Arts and Social Sciences, the GSRC analyses how gender and sexuality intersect with other social divisions and identities in a rapidly changing world, fostering interdisciplinary dialogue, collaboration and research.

The GSRC is premised upon ideals of knowledge exchange, partnership and inclusion. It acts a hub, drawing together the wide-ranging research existing across the university on gender and sexualities, providing an intellectual base and fostering interdisciplinary dialogue, collaboration and research within City and beyond.

The Centre is critical, inclusive and outward-looking, offering a space for engagement with key contemporary issues. These range from current news headlines (#MeToo, the gender pay gap, LGBTQI rights) to enduring questions about the dynamics of power and in/equality.

Stay updated via our blog https://blogs.city.ac.uk/gsrc/

The group is open to new members for anyone with interest in the study of gender and sexualities.

Members of the centre are drawn from across the university and include the following staff and PhD students:

The GSRC (including its earlier incarnation as the GSRF, the Gender and Sexualities Research Forum) has put on a wide range of public talks, seminars, graduate workshops and conferences on subjects including gender and social media, feminism and childcare, feminism and neoliberalism, digital masculinities and care and inequality.

We have hosted speakers from a wide range of international universities and public organisations such as The Daycare Trust, The Women’s Budget Group and Rights of Women, and have collaborated with many external partners including the BSA, the FWSA and the Women’s Media Studies Network, as well as teachers and students at local schools.

If you have an idea for potential collaboration please get in touch with us at gsrc@city.ac.uk

A monthly PhD reading group for PhD's interested in gender and/or sexuality. Please contact Hannah.Curran-Troop.2@city.ac.uk if you want to participate. All books/texts will be chosen by PhD participants.

1, 8, 15, 22, & 29 May online via Zoom – reading various articles and resources relating to gender and sexuality in times of Covid-19. Please get in touch to access this reading list – gsrc@city.ac.uk or hannah.curran-troop.2@city.ac.uk

This day event hosted at LSE and organised on a consortium basis by LSE, Goldsmiths and GSRC at City, University of London will comprise 4 panel sessions scheduled across the day, concluding with a plenary talk by Dr Amy Hasinoff (author of Sexting panic: Rethinking criminalization, privacy, and consent). Each panel will have 4/5 presentations lasting 15 minutes with time for questions on a range of topics from contemporary feminist research. To register please email gsrc@city.ac.uk with your name and institution. Limited spaces available.

5th Feb 2-3pm, D104 (Rhind) Peter Grant (CASS), ‘Confrontation vs Subversion: Fourth Wave Feminism and the work of Amanda Palmer and Annie Clark’. Chair: Or Rosenboim. This talk is in conjunction with the Centre for Modern History at City

A joint event with UEA School of Art, Media and American Studies.

Work That Body explores how the male body has been represented by, constructed in, and experienced through digital media during the age of austerity. Analysing examples including muscular bodies on social media, the mediation of chemsex and celebrity nudity, it finds that on the one hand digital media has enabled men to transform their bodies into tools of value-creation in an economic context when their traditional breadwinning capacities have been diminished. On the other, it has allowed them to use their bodies to form intimate collective bonds during a moment when competitive individualism continues to be insisted on as the privileged mode of being in the world.

Join the author Jamie Hakim and respondents Helen Wood (Lancaster), Stephen Maddison (Brighton) and Catherine Rottenberg (Nottingham) as they discuss masculinity and digital media in the age of austerity.

** This event is postponed due to UCU Strike Action **

Our panel will discuss #MeToo in long historical perspective, from Mata Hari to contemporary media.

In December 2017, Time magazine named the “Silence Breakers” – the women, and some men, speaking out about sexual harassment – their “person” of the year. This paper re-considers mediatized silence breaking in relation to a longer history of feminist speak outs, and critically examines the way in which feminism (and feminists) featured both in the 2017 stories and in Jodi Kantor and Megan Twohey’s subsequent account of breaking the Weinstein story in She Said.

A few months before the New York Times broke the story about Harvey Weinstein paying off his accusers for decades in 2017, a new publication of Mata Hari’s letters provided a historic perspective on the sexual harassment of female performers. Coinciding with the centenary of Margaretha Zelle MacLeod’s execution on espionage charges by the French on 15 October 1917, this presentation explores the contemporary relevance of her rejection of victimhood and sexual shame.

Karen Boyle is Professor of Feminist Media Studies at the University of Strathclyde. She is author of Media and Violence: Gendering the Debates (Sage) and Everyday Pornography (Routledge). Her new book #MeToo, Weinstein and Feminism is out soon with Palgrave.

Julie Wheelwright is Director of the Creative Writing MA at City and author of The Fatal Lover: Mata Hari and the Myth of Women in Espionage (Harper Collins) and Amazons and Military Maids: Women Who Dressed as Men in Pursuit of Life, Liberty and Happiness (Pandora).

Sarah Banet-Weiser is Professor and Head of the Dept of Media and Communications at LSE. Her most recent book is Empowered: Popular Feminism and Popular Misogyny (Duke) and the article ‘From Pick-Up Artists to Incels: Con(fidence) Games, Networked Misogyny and the Failure of Neoliberalism’ with Jack Bratich

This book draws on an ethnographic study of young people playing in classical music ensembles in the south of England to explore class and gender identities and inequalities.

An informal research-in-progress seminar. Prof Rosalind Gill (Sociology) and Dr Koen Slootmaeckers (Politics) will both be discussing their current research:

Rosalind Gill is Professor of Social and Cultural Analysis at City. Her books include Gender and the Media (Polity) and Mediated Intimacy: Sex Advice in Media Culture with Meg-John Barker and Laura Harvey (Wiley).

Koen Slootmaeckers is Lecturer in International Politics at City and co-editor of EU Enlargement and Gay Politics (Palgrave).

16 October, 1:30 - 6:30pm: Feminist dilemmas, feminist hope? 30 years of the Feminist and Women Studies Association and launch of the GSRC at City, University of London.

Technological advancements in robotics have fundamentally changed the way we shop, drive cars and undergo surgery but what happens when robots enter our bedrooms – as intimate partners? The launch of the world’s first commercially available sex robot ‘Harmony’ – a hyperrealistic sex doll with AI-capabilities – has inspired popular, scholarly and media debate about the impact of technology on our interpersonal relationships.

Some of that debate is avowedly ‘speculative’ (Danaher and McArthur 2017: 4) because the technology is new, the sex robot market niche and, because most of us have never even seen a sex robot much less had sex with one, we rely on science fiction tropes generated in film and TV shows (Sharkey, Wynsberghe, Robbins and Hancock, 2017: 2).

So, does the rise of the sex machine herald a ‘Brave Nude World’ of human sexual experience as one news headline claimed, or will these glamorous cyborgs destroy human relationships altogether? What are the legal and ethical implications of robotic sexual companions?

Join Dr Kate Devlin (author of Turned On: Science, Sex and Robots),), Dr Rebecca Saunders (author of Bodies of Work: The Labour of Sex in the Digital Age) and Dr Belinda Middleweek (author of Real Sex Films: The New Intimacy and Risk in Cinema) for a discussion about the impact of sex robots on our most intimate sphere – the realm of sex, love and intimacy.

Birkett, G. (2019). Solving Her Problems? Beyond the Seductive Appeal of Specialist Problem-Solving Courts for Women Offenders in England and Wales. Journal of Social Policy.

Lucas, G., Olander, E.K., Ayers, S. and Salmon, D. (2019). No straight lines - Young women's perceptions of their mental health and wellbeing during and after pregnancy: A systematic review and meta-ethnography. BMC Women's Health,19(1).

Lucas, G., Olander, E.K. and Salmon, D. (2019). Healthcare professionals’ views on supporting young mothers with eating and moving during and after pregnancy: An interview study using the COM-B framework. Health and Social Care in the Community.

Slootmaeckers, K. (2019). Nationalism as competing masculinities: Homophobia as a technology of othering for hetero- and homonationalism. Theory and Society, 48(2), pp. 239–265.

Gill, R. and Kanai, A. (2019). Affirmative advertising and the mediated feeling rules of neoliberalism. In Meyers, M. (Ed.), Neoliberalism and the Media New York: Routledge.

Interviews, reviews and other publications

Grant, P. (2020). Female Philanthropy in the Interwar World: Between Self and Other (Book review). American Historical Review, 125(2).

Wiener, C. (2019) 'The New Law on Controlling or Coercive Behaviour in England and Wales: Progress But Not (Yet) A Solution?'Human Rights Defender 11 28(3). 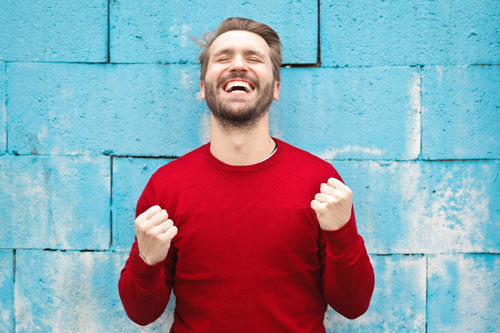 Men feel happy if they earn more than their wives, study shows

New research by City, University of London sociologist Dr Vanessa Gash indicates that men feel happy if they earn more than their wives and are also u... 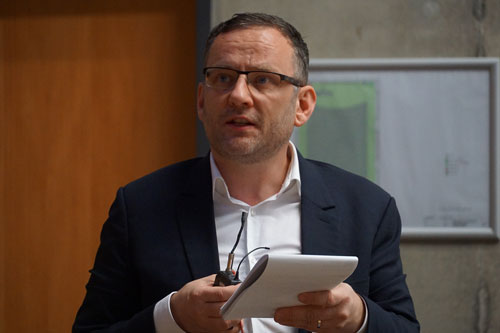 Professor Rory Fitzgerald, Director of the European Social Survey (ESS), based at City, University of London, has been appointed as a Fellow of the Ac... 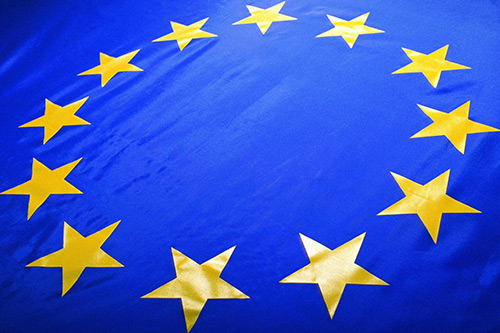 Brexit will likely lead to an increase of violence against women, report says

Professor Sylvia Walby, authors new paper arguing that that the consequential changes of Brexit will likely lead to an increase of violence against wo...

A new paper by Carolina Are, PhD Candidate and Visiting Lecturer in Sociology argues that Instagram’s algorithm is censoring women and vulnerable user...