Enablers and barriers to local level and urban food policy in England. 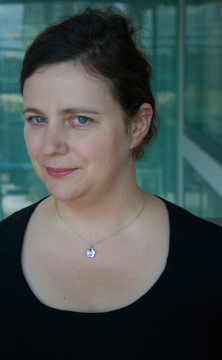 Food strategies and food policy groups have been formed in several local government areas all over England in recent years, involving actors from the public, civil society and (sometimes) private sectors. However in the UK national policy direction over food has remained overwhelmingly neoliberal, and a concerted food policy has proved elusive. The UK's former Labour government signalled an intention to reassert itself over food policy with the publication of the Food 2030and Food Matters  reports and the formation of a (short-lived) national Food Policy Council, but the current Coalition government has not advanced this work.

Moreover, the localism rhetoric of successive governments might appear to empower the local level to pursue its own policy direction over a number of food-related policy and service areas, but there are doubts as to whether so-called 'new localism' constitutes real devolution of power or simply the permission to pick from a set menu of choices, whilst national government may seize back control at any point if a 'wrong' decision is taken.

This begs the question of how far sub-national food policy initiatives can be effective mechanisms for reconfiguring the food system around  a local context, or whether more subtle influence is retained by the national and international levels, which are invested with the potential for change. This is the central question addressed by the project proposed in this paper, which identifies the groups of actors from the public sector, civil society and (sometimes) private sector that formulate, advocate, and in some cases implement local-level food policy as policy networks.

The research project uses governance and new institutionalist theories to investigate the enablers and barriers to effective formulation and implementation of food policy at the sub-national, predominantly urban, level in England. It will consider governance of the food strategy or food policy group itself, the local-level governance context as defined by the administrative boundaries in which they exist, and the multi-level governance context. It aims to discover how the institutions within and between each of these governance dimensions interact and influence each other, and how tensions are played out between them.

The findings may be used to strengthen local level and urban food policy, and help inform the development of effective new policies that are appropriate to their governance context. It may also lead some actors  to adapt their processes and frameworks to increase the potential effectiveness of strategies.